Suzuki V Strom 650 XT teased; to be launched in India soon Suzuki has veiled that it would be introducing its Suzuki V Strom 650 XT soon in India. Not that the company has revealed any mechanical details till now the 645cc, parallel twin can have reviewed power figures. 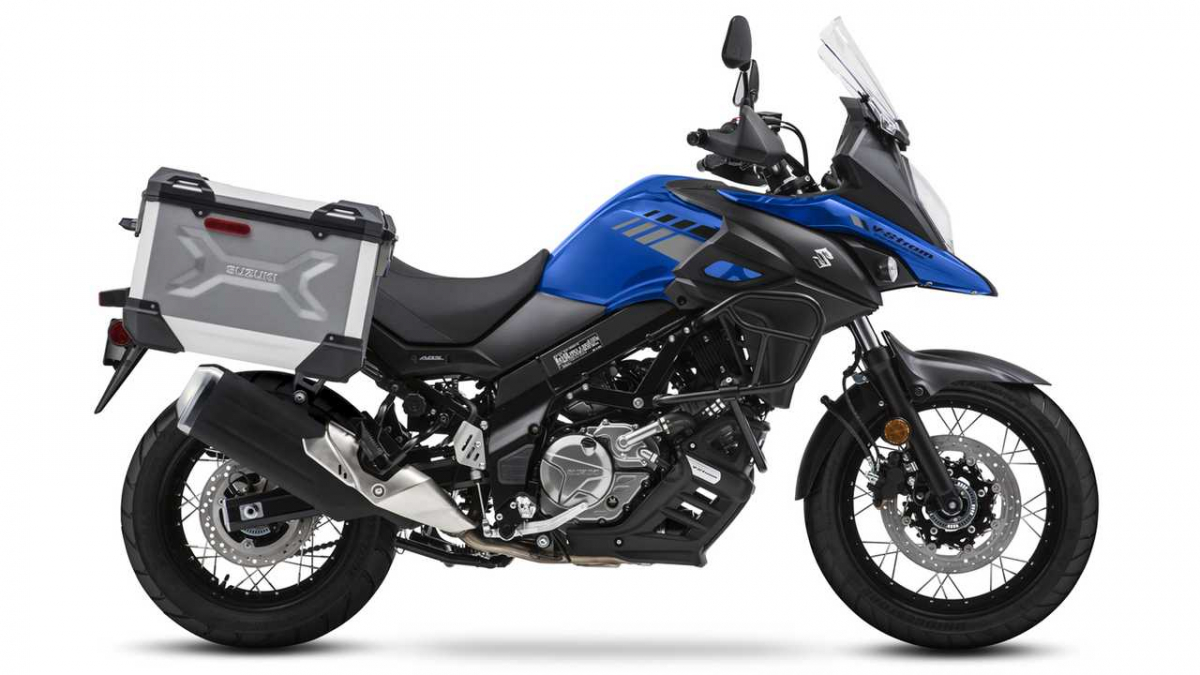 The BS4 model produces maximum power of 71bhp and maximum torque of 62Nm. The efficient BS6 version is likely to have the same features as before. It will have adjustable windscreen, analogue-digital instrument cluster and easy start system and low RPM assist and rider aids like three level traction control. Bs4 model used to have 43mm telescopic forks and adjustable mono shock suspension duties. The bike has dual channel ABS with 310mm front disc and 260mm rear disc. There were two colour options in the BS4 version, these are expected to remain the same. Suzuki has removed three big bikes from its official website and they are GSX R1000, GSX S750 and GSX S1000. It is expected that modified versions of these models would be launched by Suzuki soon.